This page is a sub-page of our page on Entropy.

Historic entropy and the Bayesian approach to probability

Instead of “slicing time” into a sequence of separate moments, we can develop a model that respects the temporal order between moments in the sense that it connects any moment with its following (= next) moment in the sequence. In fact, we can define the corresponding entropy concept as a kind of “1-step backwards-shifted” type of Shannon entropy that could be termed historic entropy.

Carrying out the same computation as for Shannon entropy, we get

with the same interpretation as before.

Figure 224: Choices made at the last moment integrate into the logarithm of the present moment.

The recursively logarithmic relationship between the Now and its Past:

Figure 225: The Now raised to the power of the Past.

Focusing on the past, we have the situation depicted in Figure 225, i.e.,

The choices are made from the options available at the last moment: 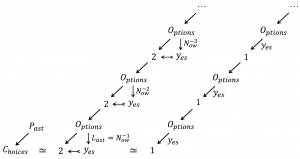 Figure 226: The choices of the past are closed (= already made) 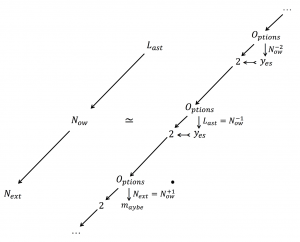 Figure 227: The choices of the future are still open (= not made yet) 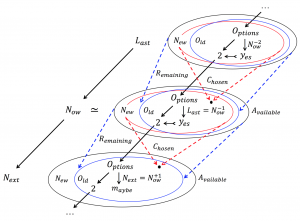