This page is a sub-page of our page on Expandable Learning Objects.

Homotopy = Equivalence in the fundamental group of curves on a point under continuous parametric transformations.

Characterizing (= describing the structure of) the different types of ‘tailbites’ that can be performed by the Midgaard Snake in a given type of world.

The Midgaard Snake is called Jörmungandr in ancient Norse mythology. 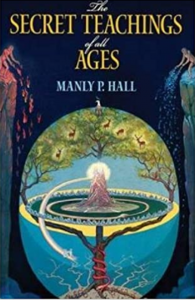 The three branches of the tree support Midgard, or the earth, in the midst of which rises the sacred mountain upon whose summit stands the city of the gods. In the great see surrounding the earth is Jörmungandr, the Midgard snake, with its tail in its mouth.

Bounding the sea is the wall of cliffs and ice fashioned from Ymir‘s eyebrows. The home of the gods above is connected by the Bifröst bridge to the dwelling place of men and infernal creatures below. On the topmost branch of the tree – which is called Lerad, meaning peace-giver – sits a great eagle. Between the eyes of the eagle is the falcon, Vedfolnir, whose piercing glance notes all things taking place in the universe.

The never-withering green leaves of the divine tree serve as pasturage for Odin‘s goat, Heidrun, who supplies the drink of the gods. The stags – Dain, Dvalin, Duneyr, and Durathor – also graze upon the leaves of the tree, and from their horns drops honey dew upon the earth. Ratatoskr, the squirrel, is the embodiment of the spirit of gossip, and, running back and forth between the eagle above and Nidhug, the serpent below, seeks to stir up discord between them. In the world of darkness below, Nidhug continually gnaws at the roots of the divine tree. He is assisted by numerous worms, all realizing that if they can destroy the life of the tree the rule of the gods will cease. On either side of the great tree are the primordeal giants casting ice and flames into Ginnungagap.

/////// End of Quote from The Secret Teachings of All Ages

The Homotopy of Impossible Figures:

Two impossible figures
are considered equivalent
if they can be reciprocally connected
by a possible path.

Classifying the relative validity of paths of linked information:

The fundamental group of the torus is abelian: